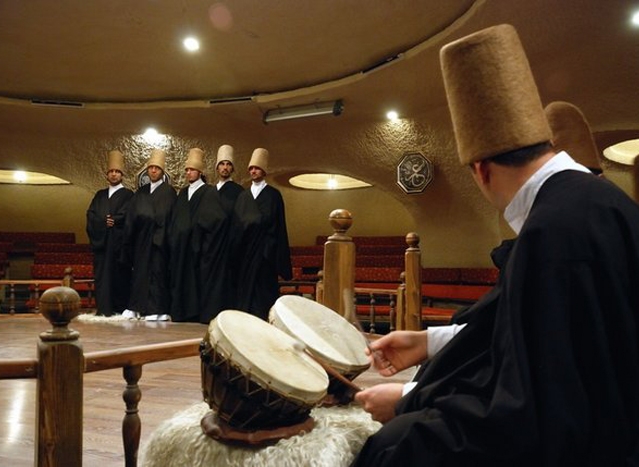 Our location is completely carved from the rock by the architect are arranged Burcu Sayar, antique accessories designed in the form of Sema Sergahanesi. Motif in the core of belief in the Cultural Center sema rituals are held in a decent manner...

Four sections, consisting of seven chapters of the Mevlevi Ayin at least 45 minutes. Composed the music of the Mevlevi Ayin-changing times by authorities in the mystical dimension and Sultan Mevlana Grace have been implemented in Grace Veled acts is exactly the same. Convent education and the executive committee is trained in the ritual observances of the people are secular and perform. Ministry of Culture has issued circulars Semâ delegation in accordance with the offers Semâ Ayin. Show chat with guests at the end of Semâ whether, sherbet are offered.